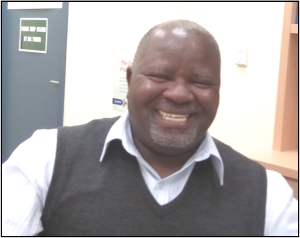 I am married to Catherine and have three adult children aged in their early twenties. I was born in Zambia, Central Southern Africa, (formerly Northern Rhodesia). After 21 years in the Zambia Army corps of Engineers, attaining a field rank of Major and then Squadron Commander, we decided to relocate to the United Kingdom in 2004. Three years later, having acclimatized to life in the western world, its education and ministry, we felt led to go ‘to the ends of the world’. And so here ‘down under’, Aotearoa, has become truly home for the five of us.

Having worked in and around prisons, first as a Corrections Officer and then as a Probation Officer, as well as pastoring El-Shadda Church, I have developed a passion to ‘walk along side’ people who like me, face circumstances that overwhelm and scare them. These frightening situations don’t appear as bad as they seem when there is someone to hold your hand, support and cheer you on.  I have seen, first hand, how destitute, disillusioned and desperate men become when released from prison into the community without basic support to reintegrate. How easy it is for them to feel unloved, unwanted and worthless. How unforgiving and ungracious society can appear to them. How this affects these men and drives them to accepting and often internalising the narrative ‘we cannot amount to anything’, that they are the ‘scum of the earth’ leading to adopting the ‘what the hell’ attitude.

Thankfully, I have also seen what a difference a loving, caring and supportive hand can make to positively change the lives of these men.

A quick glance at the justice systems in New Zealand and indeed across the globe reveals an alarming rate of recidivism. Most of these recidivist offenders are churned back into the system for various reasons. However, it goes without saying that a good chunk go back simply because they lacked a reliable loving and reassuring hand to walk alongside them while they stumbled through the maze of their typically unfamiliar ‘freedom’. All the while Community Probation, as it were, ‘breaths down their necks’ ensuring that they comply with the conditions of their release and hold them to account when they fail. This can be hard in the absence of the basic human needs such as the necessary natural simple human bonds – an authentic sense of connection and belonging.  Thankfully that is where we come in as Prison Care Ministries.

I have a multi-national family – my wife , Kum Lan 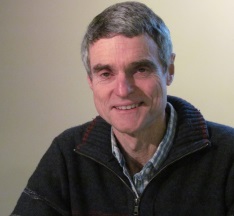 is from Malaysia and my son, David is Brazilian (having adopted him while working in Brazil). I grew up in Wellington, earning a commerce degree from Victoria University and after working for some years went off to a mission training school. After college Kum Lan and I joined the mission agency, WEC International serving with them for 20 years in NZ and Brazil. A new season in life led us to settle in Hamilton in 2010.

I initially began as a volunteer with PCM in Oct 2016, and in 2019 became the Office Manager. I am a generalist so a small organization suits me well. I have a systems bent so have enjoyed refining and developing a number of agencies’ systems over the last few years. Maintaining those systems given the unpredictable nature of many of the men we deal with can often be a challenge.
I’m excited about being part of an organization that ministers to the body, soul & spirit of men, who are seeking to break with the past and start a new journey to freedom. 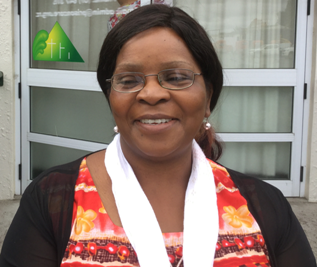 Kia ora.
I am Catherine, a wife, mother, grandmother and sister. Over the years, I have adorned different hats at different times. Some of those hats are pastor, nurse, midwife and now counsellor. My family are my greatest joy as I come from a large closely knit whanau. I was born in Zambia and moved from there to the United Kingdom in 2003 to work as a nurse and eventually migrated to New Zealand in 2006.

After 33 years of nursing and midwifery, I left in 2019 to pursue my other passion, counselling. I hold a Masters in Counselling from University of Waikato, and nursing and midwifery qualifications from overseas. I joined PCM as a counsellor in 2016 after listening to stories of anxiety from some of the men I met. The biggest issue I observed was the anxiety the men experienced on release, sometimes into a totally new environment away from whanau/family support. It turns out that re-learning how to be ‘free’ can be a daunting experience. I have been blessed and enriched by the people I have met over the years. My greatest contribution has been to provide a non judgemental, caring, listening ear because as Myerhoff (1982) aptly put it “’when cultures are fragmented and in serious disarray, proper audiences may be hard to find”. Working with men who have come from prison, where proper audiences MAY be limited, my listening to their stories is a way of honoring who they are as people, with hopes, dreams and choices. My job is to guide and support them in achieving these hopes, dreams and choices. I am also aware that when someone’s choices have been severely limited, it can be very overwhelming to be suddenly faced with so many choices.

Founders (now volunteers) of PCM
Geoff & Jill McMillian
How did it all start? 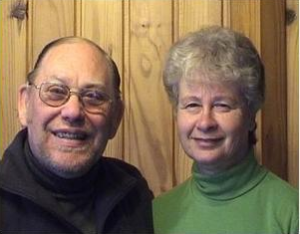 Geoff was only 17 when he first visited a prison with a team from his church. Some 15 years after that he was again visiting prisons for church services and bible studies under the umbrella of OAC Ministries, and at a later time as coordinator of Prison Fellowship (Waikato).

So how did Jill fit in with all this? She married a McMillan whose clan motto can be translated as “We learn to succor the unfortunate”! And so in 2001 they formed a search group which in September 2004 turned into a charitable trust registered as Prison Care Ministries. They write:

Looking back we can see how the experiences of the past have equipped us for the future. We have four adopted children including an open adoption and a cross-cultural adoption. We also spent 13 years as foster parents of children aged from newborn to teenagers and for 18 years Jill was the foster care co-coordinator of the Parentline Child Advocacy Service. We have been house parents of an inter-church emergency hostel for women aged 15—40 who were referred from the Welfare, Justice, and Mental Health Services. These women from differing cultures needed life skills to enable them to rehabilitate back into the community.

The skills, and knowledge gained from these experiences has enriched our lives, enabling us to have an empathy with those in need regardless of differing beliefs, values and culture. Many of our men have been through the welfare system of adoption and fostering, and lack the life skills that should have been taught to them as children.  Having worked for many years with prisoners through other ministries, and providing accommodation for some in our home we identified the need to provide a link between prisoner release and their immediate after-care. There is little in the way of support for prisoners and their families outside that provided by government departments.

Back to the question of “how did this all start”? In 2001 we were taking a church service in Waikeria prison when one of the men asked us this question:  “Hey miss – Where can I go when I get out of here?”  No big deal but….  We thank those who put the hard work into founding this organization, our staff, volunteers, and landlords. We are grateful to our residents who continue to both bless us and challenge us. Life has not been boring and Jill can’t count the number of times she has resigned.  From that seemingly small request grew PCM.

Permanent link to this article: https://prisoncare.org.nz/staff/ 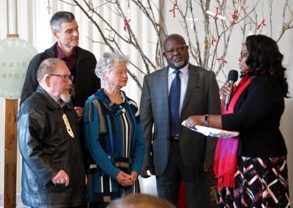